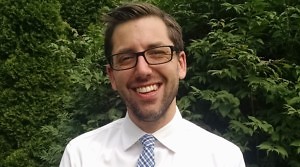 I am an Assistant Professor in the Department of Engineering at Hofstra University. I received my B.S. from Cornell University and my M.S.E. and Ph.D. from Princeton University. In 2008, I was awarded a Skidmore, Owings & Merrill (SOM) Structural Engineering Trav­el Fellowship to study European physical modeling and testing laboratories and the structures that emerged from those facilities. The objective of this research was to identify potential roles for physical models as complements to computational models in design and education. In 2017, I received the ExCEEd (Excellence in Civil Engineering Education) Teaching Award from the American Society of Civil Engineers (ASCE). In 2019, I was selected to be an ASCE ExCEEd Fellow. From 2008 to 2011, I worked at Simpson Gumpertz & Heger and I am a licensed Professional Engineer (P.E.) in New York.